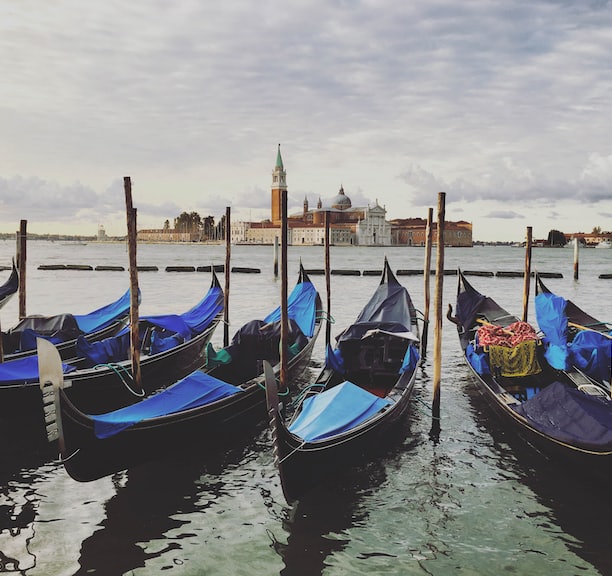 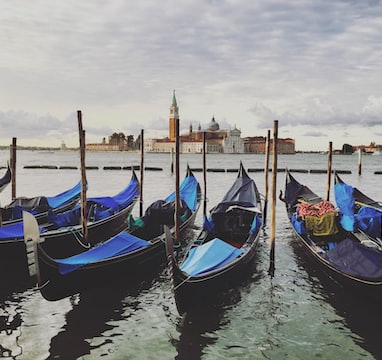 Veneto is a northeastern Italian region stretching from the Dolomite Mountains to the Adriatic Sea. Venice, its regional capital, is famed for its canals, Gothic architecture and Carnival celebrations.

Veneto was part of the powerful Venetian Republic for more than 1,000 years, between the 7th and 18th centuries. Near alpine Lake Garda, medieval Verona is known as the setting of Shakespeare's "Romeo & Juliet."

Venice also known as Venezia being the world famous tourist destination in Veneto but there are also other beautiful sites like; Burano, Murano, Torcello, Treviso, Verona, The Dolomites mountain range, Cortina d'Ampezzo to name just a few. 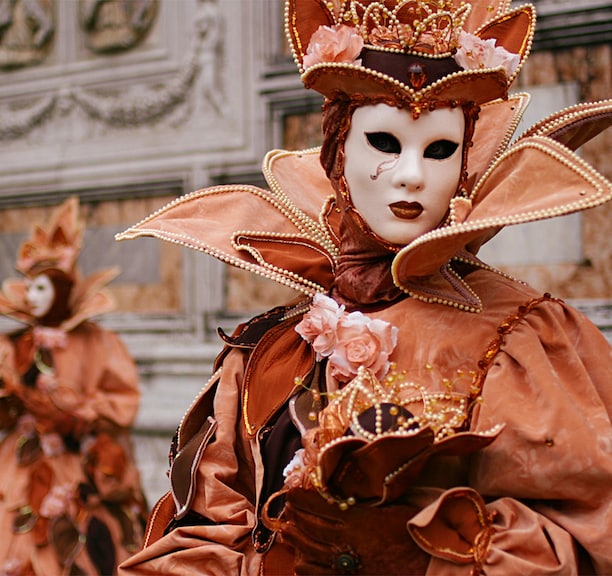 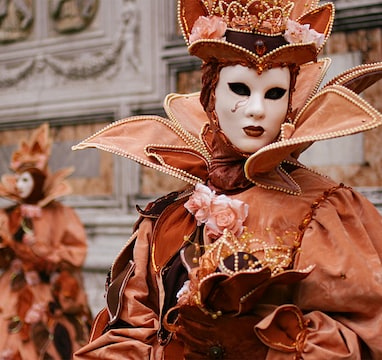 Venice, the capital of northern Italy’s Veneto region, is built on more than 118 small islands in a lagoon in the Adriatic Sea linked together by canals and 400 bridges. It has no roads, just canals – including the Grand Canal thoroughfare – lined with Renaissance and Gothic palaces. The central square, Piazza San Marco, contains St. Mark’s Basilica, which is tiled with Byzantine mosaics, and the Campanile bell tower offering views of the city’s red roofs.

A city where everything is magical, romantic and full of poetry, this city is unparalleled, which has been awarded the title of World Heritage by UNESCO for its artistic treasures and for the extraordinary interpenetration between human activities and the natural landscape of the lagoons. 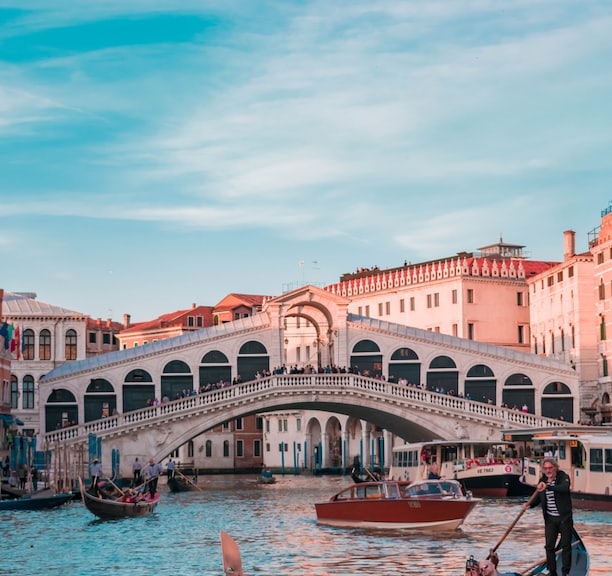 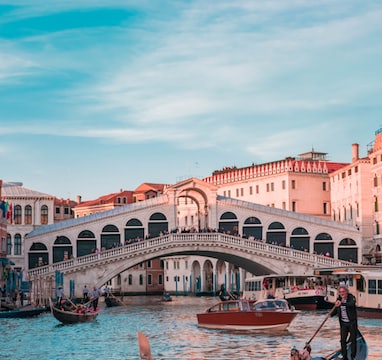 The name Venezia is derived from the ancient Veneti people who inhabited the region by the 10th century BC. The city was historically the capital of the Republic of Venice for over a millennium, from 697 to 1797.

It was the major financial and maritime power during the Middle Ages and Renaissance, and a staging area for the Crusades and the Battle of Lepanto, as well as an important center of commerce especially silk, grain, spice, and of art from the 13th century to the end of the 17th.

Venice has been known as La Dominante, La Serenissima, Queen of the Adriatic, City of Water, City of Masks, City of Bridges, The Floating City, and City of Canals. 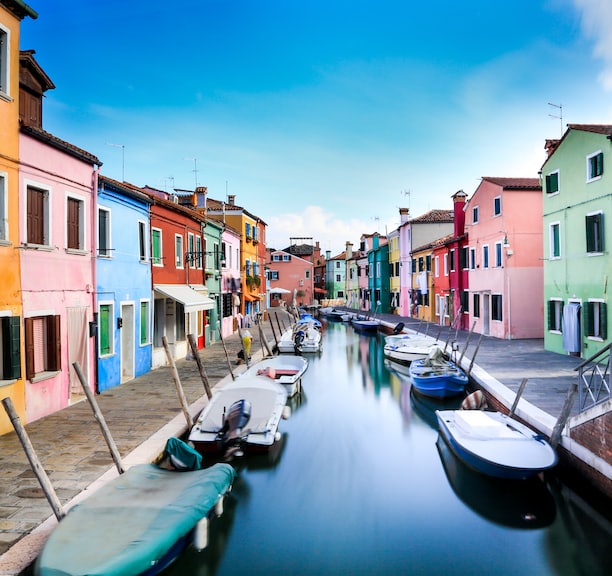 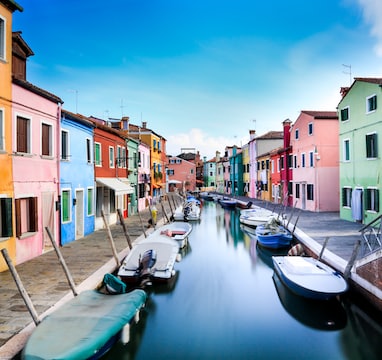 The ancient art of lace, colourful houses and boats returning from fishing are the main features of Burano, a picturesque island in the northern part of the Venetian lagoon.

The brightly coloured houses enchant the many visitors who land on the island. Piazza Baldassare Galoppi is the heart of the city and was made by filling in a canal. This piazza is the house to the only church of the island, dedicated to San Martino and that holds the painting of the Crucifixion by Tiepolo.

Before leaving the island you should try the Bussolai, a typical cookie in the form of a donut. 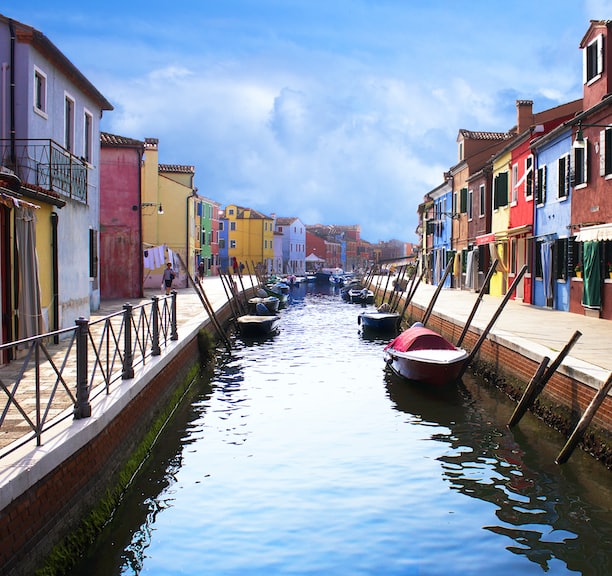 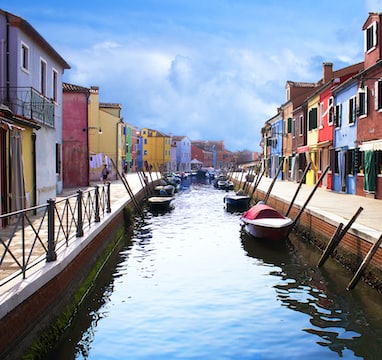 World capital of artistic glass production, a small island in the Venetian Lagoon, attracts visitors from around the world who are curious about the artistic creations of the master glaziers who are usually open the doors of their shops.

Murano is also called the "island of fires" because of its numerous kilns that were moved from Venice to limit the risk of fire in the city. The island of Murano is actually a cluster of small islands separated by canals and rivers, and connected by bridges.

Tiny Torcello island has few residents but it's often busy with sightseers in summer. They come to visit the Basilica di Santa Maria Assunta built in 639, with its Venetian-Byzantine mosaics and views of nearby Burano from the bell tower, or to check out the Ponte del Diavolo, a bridge with no parapets, and the stone seat known as Trono di Attila.

Torcello is the furthest away from Venice of the three main islands in the lagoon. Torcello once had a population of about 20,000 people. Today less than 100 live on the island, in fact it might be less than fifty. The island has an abandoned almost ghostly feel.

Ok Verona is not by the sea but it most feature on our site as it's worth the trip up if you're visiting this region. Verona is a city in northern Italy’s Veneto region, with a medieval old town built between the meandering Adige River.

It’s famous for being the setting of Shakespeare’s "Romeo and Juliet." A 14th-century residence with a tiny balcony overlooking a courtyard is said be “Juliet’s House." The Verona Arena is a huge 1st-century Roman amphitheater, which currently hosts concerts and large-scale opera performances 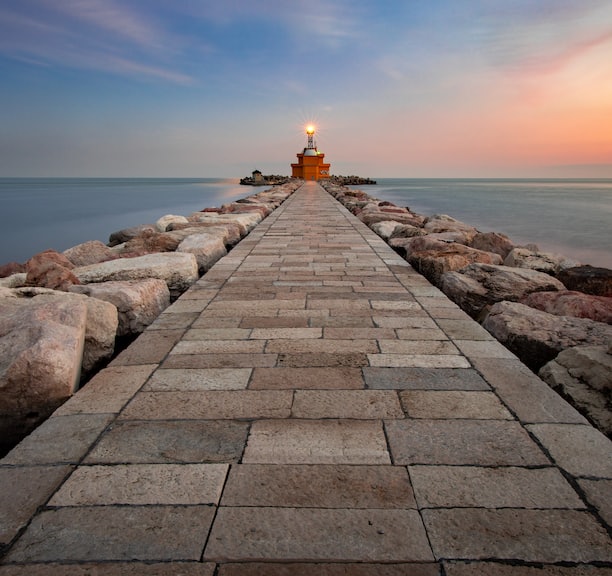 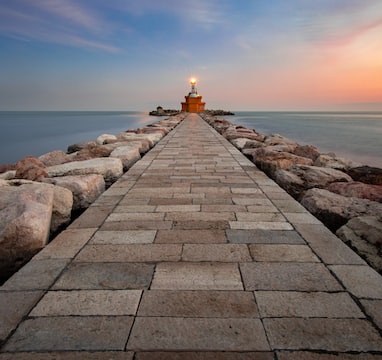 Punta Sabbioni, less than half an hour from Venice boasts a long bank of fine sand that protects Venice from the sea.

Punta Sabbioni beaches were a favourite holiday destination for aristocrats, enchanted writers such as Byron, Shelley and Mann and made it a well-known holiday resort. Since 1932, every year in the month of September, Lido hosts the famous Venice Film Festival, which has further boosted its fame.

Packed full of family friendly campsites, short distance from sandy beaches and the ferries to Venice and the surrounding islands.