Life with no limits!

Calabria, in southwest Italy, occupies the "toe" of the country’s boot-shaped peninsula. It's a sun-baked region of rugged mountains, old-fashioned villages and dramatic coastline, with many popular beaches.

Coastal Reggio Calabria, its largest city, is home to the Museo Archeologico Nazionale and its Riace Bronzes, a famous pair of Greek warriors dating back to the 5th century B.C.E.

Contrary to the various opinions of some travel guides, consumers of mafia-movies and even some Italians, the highest crime rates in the peninsula can be found in the country's North-West, setting Calabria, in fact, as one of the safest regions.

Catanzaro, also known as the "City of the two Seas", is an Italian city of 91,000 inhabitants, the capital of the Calabria region and of its province and the second most populated commune of the region, behind Reggio Calabria. The archbishop's seat was the capital of the province of Calabria Ultra for over 200 years.

Catanzaro is known for its illustrious silk and velvet production and is also a popular destination for Italians to frequent during the summer months. In ancient times, it is believed that Catanzaro was a Greek settlement and has had influences from the Byzantine Empire.

Scalea is a lovely seaside town in the province of Cosenza in the Calabria region of southern Italy. The town takes its name from its terraced lay-out on the hillside, at the bottom of the Capo Scalea promontory.

Scalea is about two and a half hours south of Naples on the train. It has a spotlessly clean safe shingle beach and the people are warm and friendly

Scilla, an endless encounter between myth and beauty; discovering the pearl of the Costa Viola and the cliffs among in which the monster that Homer sang of lived! Scilla has always been one of the coasts most covered by tourists and sea lovers who crowd the beautiful Marina Grande beach.

According to Homer, here lived the mermaids who, with their melodious voices, enchanted the sailors: only the clever Odysseus managed to listen to them without any negative consequences, after having ordered his men to tie him to the mast of the ship. For this reason, the beach of Scilla is also known as the Spiaggia delle sirene (the “beach of the mermaids”) 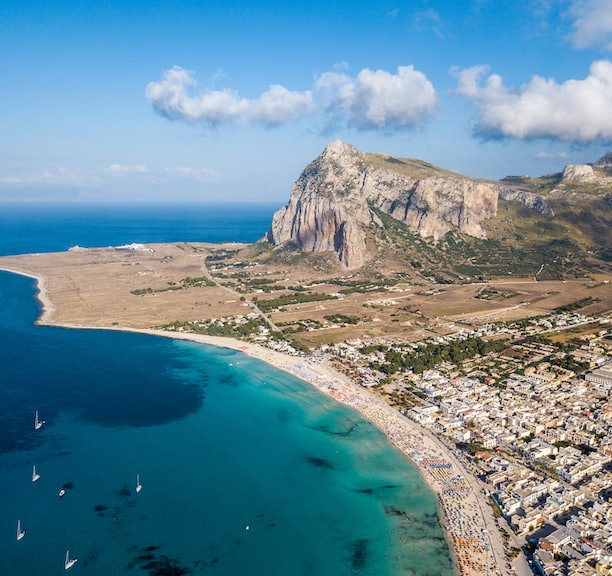 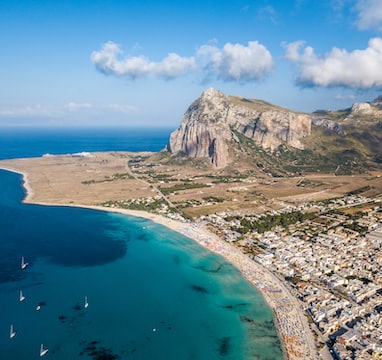 The rocky promontory of Capo Vaticano offers small, secluded beaches which can often only be reached by narrow paths or even only from the sea. These include the renowned and most popular beach of Grotticelle, a long sandy shore of brilliant white sand which is actually three neighbouring beaches.

The incredibly blue, transparent sea and shallow water make it an authentic paradise. Some of the best known beaches at Capo Vaticano are the Tono, Santa Maria, Torre Ruffa, Praia di Fuoco, Formicoli and Riaci beaches. If you love diving, Capo Vaticano has an incredible seabed, full of flora and fauna. There’s a great variety of fish, particularly around the rocks of Mantineo, Vadaro and Galea.